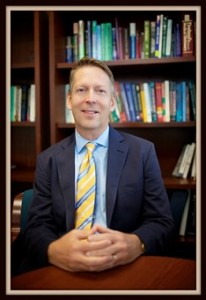 Arch G. Mainous III, Ph.D., was the lead author of a population-based, cross-sectional study of prediabetes prevalence in England from 2003-2011. The study was conducted by researchers from the University of Florida and University of Leichester in England. Results indicate that rates of prediabetes have risen dramatically in England without intervention, and the nation may undergo a steep increase in diabetes in the coming years. Prediabetes is defined as having blood glucose concentrations higher than normal, but not high enough for a diabetes diagnosis. Those with prediabetes have a higher risk than people with normal blood glucose levels of vascular problems, kidney disease, and nerve and retinal damage.

The UF study researchers analyzed population-based surveys from 2003, 2006, 2009 and 2011 by the Health Survey for England, which were the main data collections for the survey. These surveys combined questionnaires with physical measurements and blood tests which allow them to classify participants as having prediabetes, depending on their blood glucose level, and if they indicated that they had not previously been diagnosed with diabetes. Dr. Mainous states, “We know that prediabetes is a major risk factor for developing diabetes. We also know that interventions in the form of medications or lifestyle changes are successful in preventing diabetes. It’s a lot better to stop diabetes before it develops.” With England’s prediabetes rates similar to those in the United States, this study is an important sign that we need to take action to improve our diet and lifestyles.